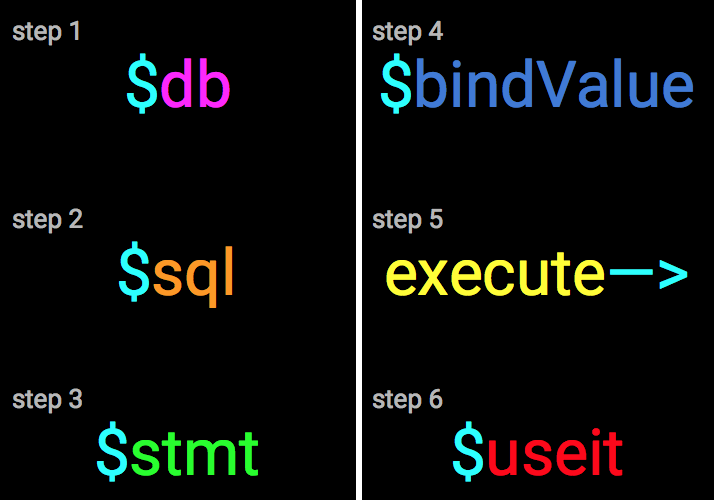 This pattern is rarely described. Instead, people who understand the pattern, just show you examples of code and explain nitty gritty details, not realizing that the big picture is missing. At least for me. Apparently everyone else gets it and I am in the minority. Or maybe not, so I’m explaining what I understand as an emerging coder, in case it helps anyone else.
This tutorial on YouTube was super helpful.

1. Establish a database connection. This is usually done with a variable entitled $db or something similar.

2. Create a variable for the SQL syntax.

This is known as the “prepared statement” and it is optional.

3. Create the statement itself.