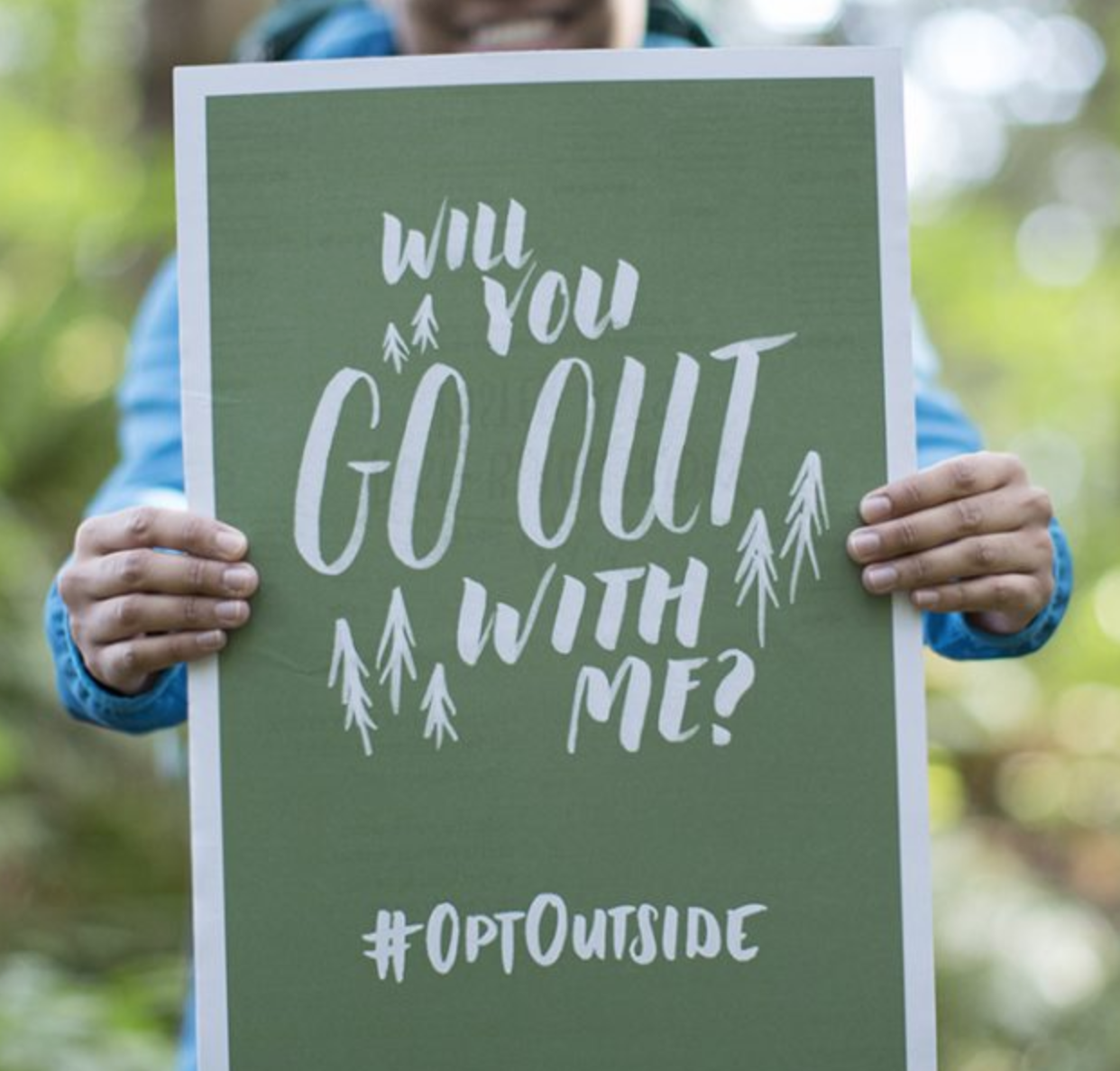 In 2015, REI decided to close its doors on Black Friday – the biggest shopping day of the year. They still paid their employees, but they encouraged them to go outside and spend time with friends and family. They encouraged everyone else to do the same. This sparked a social media campaign and social movement still continues. Hundreds of organizations and millions of people embraced the hashtag #OptOutside.  More>>>

Objective: The original objective was to give REI employees a day off and make a rallying cry for other retailers to follow suit. #OptOutside has become a movement. Read more about how it got started>>>

This is an example of powerful story telling. Rather than REI just telling people to spend time outdoors. They showed what that looks like by closing their store doors and inviting others to join them in the great outdoors. The campaign became about doing something , ie going outside, rather than not doing something , ie shopping.
Individuals began to tell their own stories and included the #OptOutside hashtag.

When individuals and companies use the #OptOutside it presents them as someone who belongs to the movement of getting outside. Whether and individual is summiting another glorious mountain peak or beginning their first hike, they can have the respect of their peers for opting to be outside.

One of the values of this campaign is that it encourages people to take the time to be active – even if it means breaking with tradition. It connects people who value nature over consumerism. The stories that individuals tell creates of virtuous cycle of inspiration and encouragement to choose to be outside.

The payoff of belonging to the movement and following the campaign is definitely worth the effort. You technically don’t even have to do anything. Not shopping on Black Friday can make you feel like you’re part of the movement even if you don’t go outside that day. Buff that badge, this campaign makes you feel like a winner!

Making an #OptOutside post is definitely going to garner some attention. Even if the post falls flat among your social group, it will be listed in REI’s #OptOutside search engine.