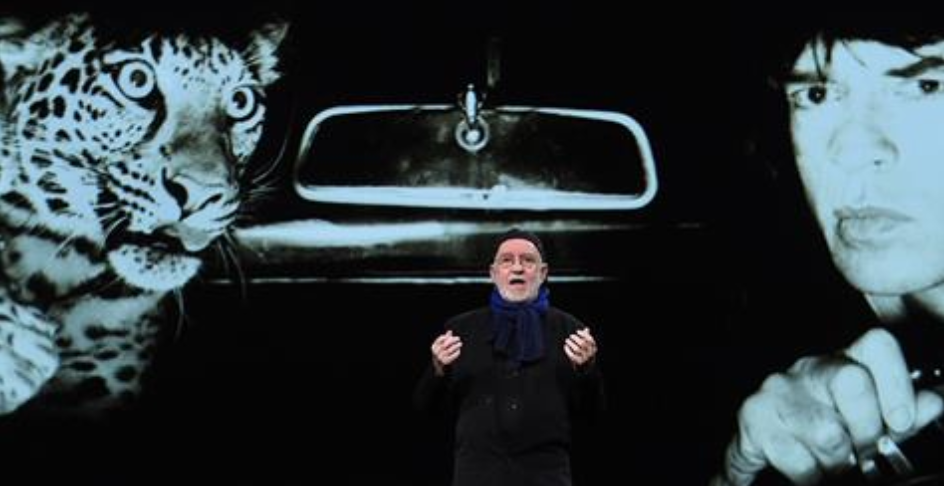 Adobe designs software for creative professionals like Photoshop, Illustrator, InDesign, etc… All of Adobe’s visuals on Social Media are over the top stunning in order to connect with and garner the respect of the design professionals who use their products.

The Value Principle “Figure out the value that users are getting from their experience, then you’ll know why they are there.” Adobe’s products are valuable in and of themselves, but if nothing else, users get value from Adobe’s visuals. They are amazing to look at and spark creativity. Knowing they are all made with Adobe’s products inspires the viewer with what is possible using Adobe’s creative suite.

Least Resistance principle. “the payoff has to be worth the effort it takes to get it.”  It’s easy to get the “payoff” for creative inspiration from Adobe. All you have to do is look at their social media channels. Stunning visuals are everywhere. Here are some examples from Instagram : 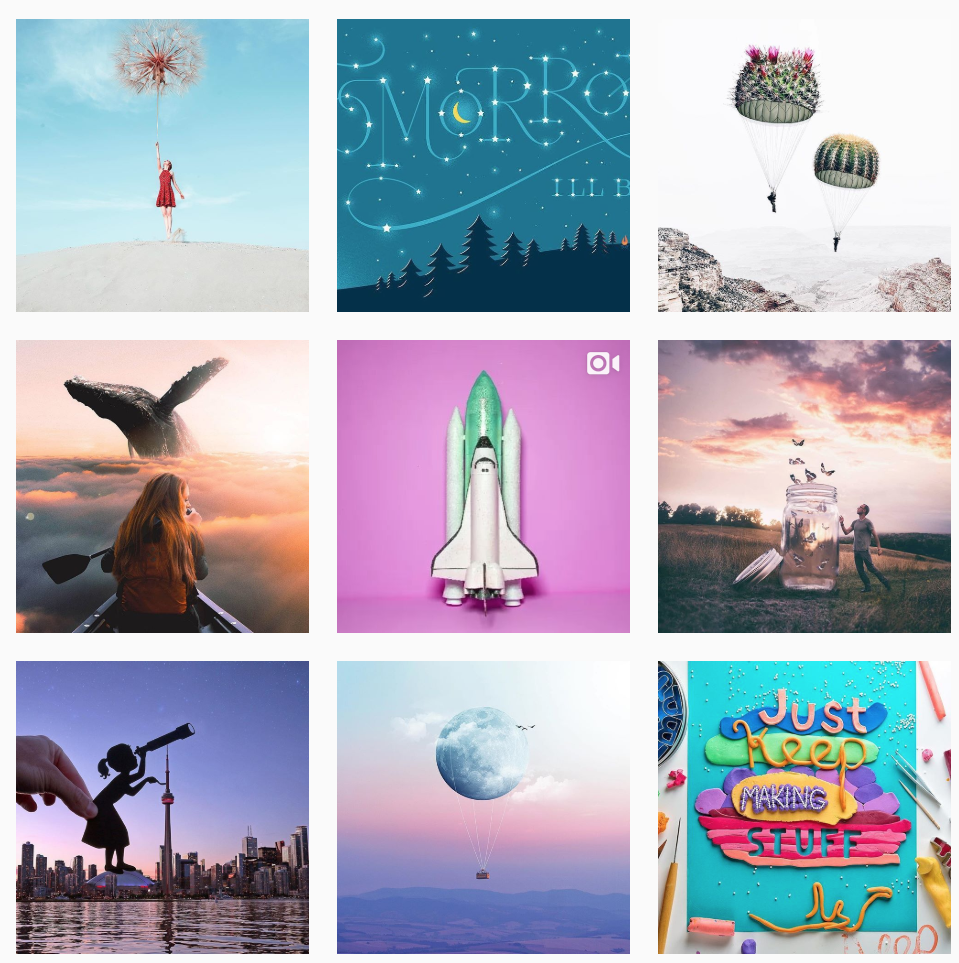 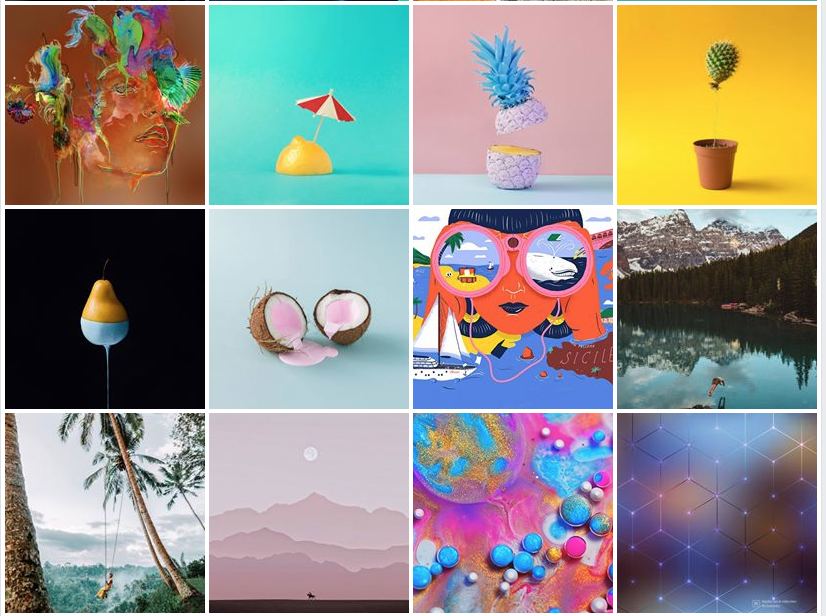 Progress principle –  “Watch technological advancements. These innovations are often the earthquake and asteroid level disruptions that cause the big waves.” Adobe doesn’t just watch the advancements – they create them.  They are at the leading edge of the industry. When they see something that will be making waves, they acquire it and bring it into their fold.

An example of excellent design is the header for the Adobe Facebook account.  I outlined the principles of repetition, alignment and rule of thirds in their header.

Adobe’s logo is simply red and white. Adobe uses the logo as the icon for their social media brand, but their posts aren’t limited to that. The post’s unifying quality is their outstanding variety of creativity.

Something unique: The logos for Adobe’s Creative Suite of products all have a similar style, but it is completely different from the Adobe logo itself as you can see in the image below: 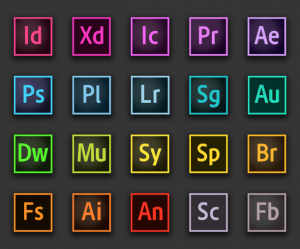 This repetition of style unifies Adobe’s diverse set of products and makes them all feel related to each other, yet distinct from the brand itself. This helps to keep a clear distinction between the parent company and the products they sell. That is hard to do. Adobe handles this masterfully. 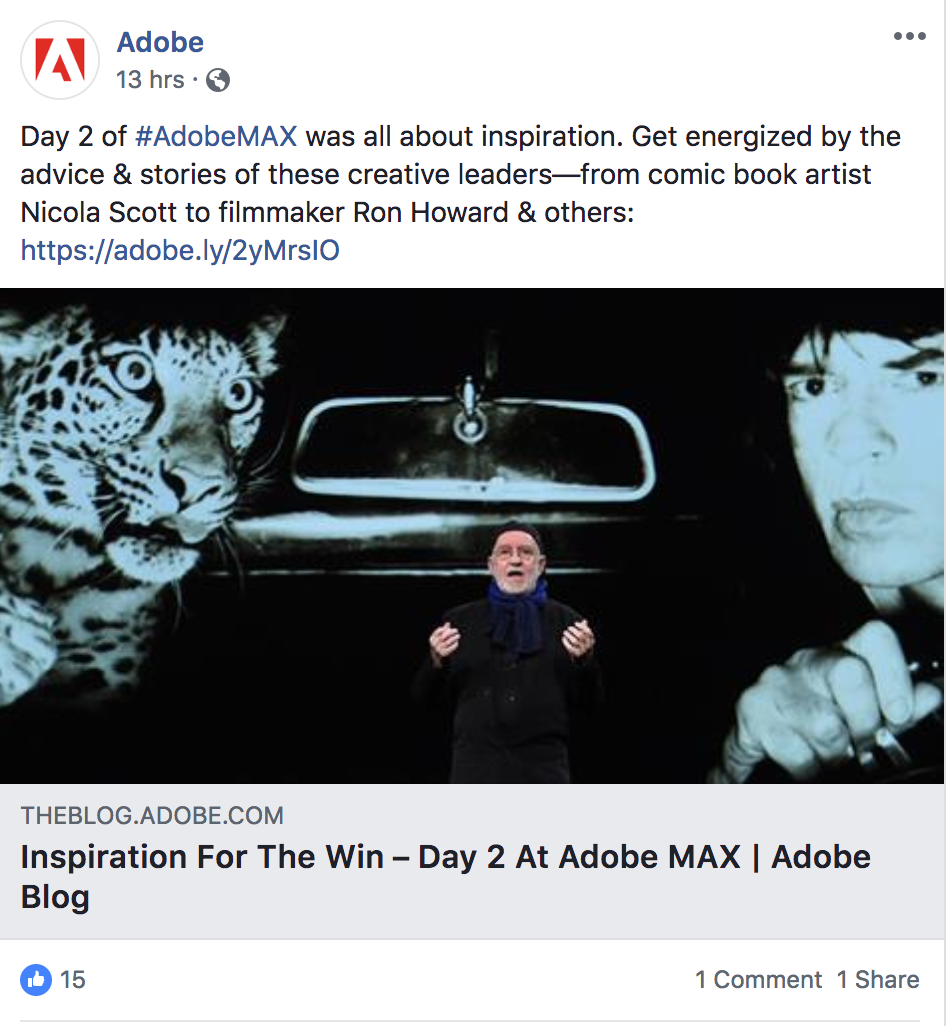 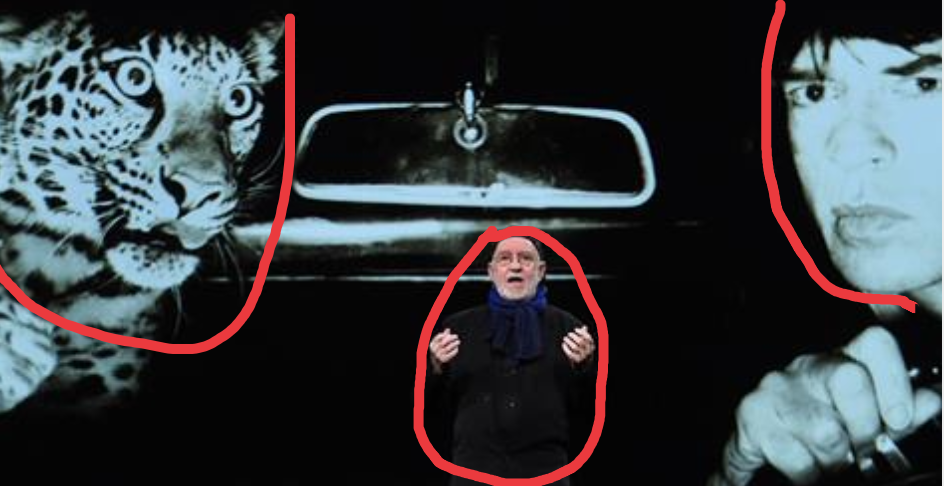 Look at the scale contrast between the speaker who looks so little compared to  the giant images behind and beside him.  The tiger and the big man’s faces are as big as the speaker’s whole body.
The speaker is in color. The images are monotone. The speaker is surrounded by negative space. This creates a visual hierarchy that draws your eye immediately to the speaker as it should. He is the center of attention in this image and on the stage where he was speaking. 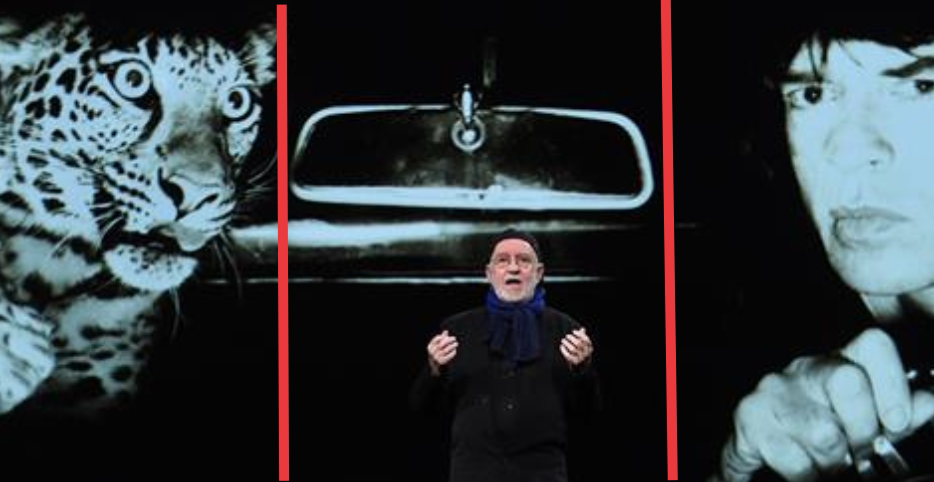 The large face images are positioned according to the rule of thirds. The tiger on the left and the man on the right stay on their “third” of the canvas.  The rear view mirror is in the middle third. 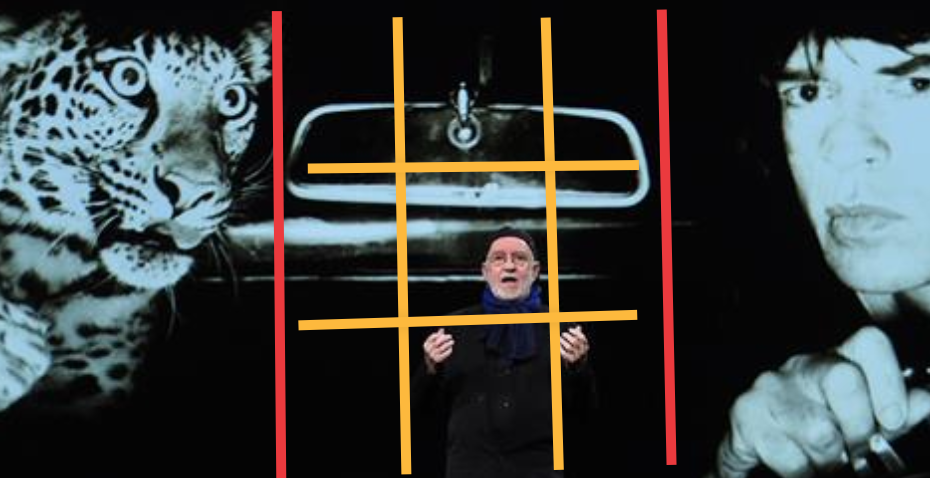 The speaker’s placement is in keeping with the rule of thirds. His head is almost in the cross over place for the rule of thirds in the middle third. It’s kind of like a play within a play to show thirds within a third, but I thought it was interesting. 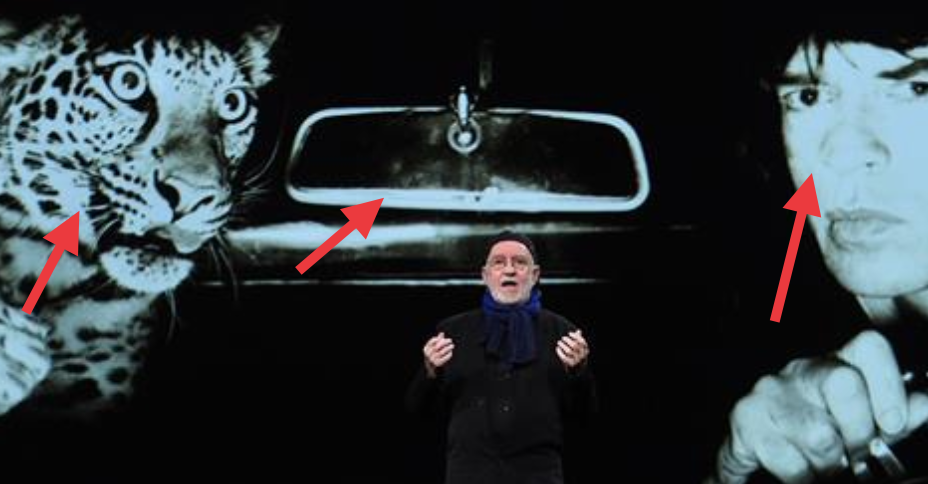 The background image repeats a cool blue color in the tiger, the rear view mirror, and the large man’s face. Everything else is black. The colors and style are repeated in all three images, making them appear as one.  Note – even the speaker has on black and a blue scarf. The scarf isn’t the same color, but it’s also a shade of blue and it doesn’t draw attention. It blends. The contrasting color is in the speaker’s face and hands.

Adobe sets the standard for design in the industry. Each social media post is no exception to the standard. In the example I explained here, the design is modern and striking. It commands the respect of design professionals that even a snapshot of a speaker at a conference can follow foundational design principles. The little man with the pink face who is  contrasts with the image of the giant man with the blue face. The little man is obviously animated and in motion, while the giant man is still and pensive. A tiger, a rear view mirror, and a man are unrelated, but the repetition of the colors make them appear to be a unified whole. The rule of thirds leaves negative space in the middle of the stage for our animated speaker to  move around. That space lets us breathe and explore the image.