I apologize in advance for making you cry, but I love this video. Since this is a school assignment to analyze a video, I wanted it to be something I don’t mind watching again and again. I hope you like it too. You’re welcome!

This human interest story appeals to anyone with an ounce of empathy. That makes for a wide audience. That’s good for Nike, because they sell a lot more than athletic gear. However that is what they are known for and their target audience is those with athletic interests.

The most obvious seascape principle is the power of story. As the book says, “people crave and are driven by stories”. It’s a satisfying surprise that tugs at the heart strings. It makes us think favorably of Nike.

One of the great things about this story is that the viewer is not expecting the outcome. An athlete with cerebral palsy gets a professional sports contract?  We did not see that coming and it makes us value the experience even more.

Zeitgeist “describes a mood, feeling or spirit of a particular time in history.” At this time in history we love sports stories and we value hard work, and inclusion. Here is a story of a hard working, athletic young man with a disability who Nike is including in their team of professional athletes. 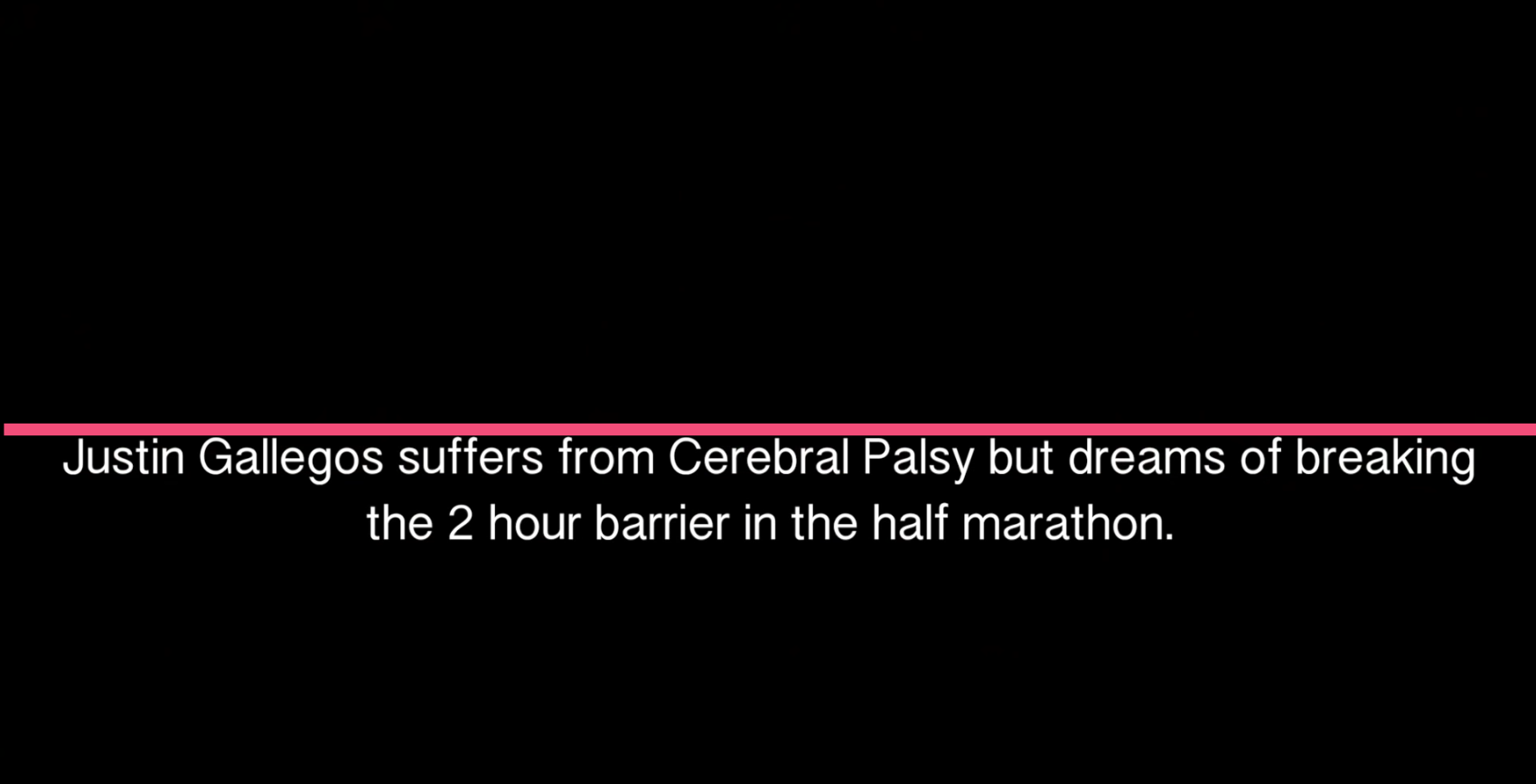 Centered white text on a black screen isn’t very interesting. It could appear as though it weren’t carefully planned, but closer inspection reveals that isn’t the case. You can see that this follows the rule of “Not Half”. The text begins right below the horizontal center line. This gives some interest and makes the text feel finished and polished.

Justin’s shoes are the focal point of this image. The layout of the shot obeys the rule of thirds. The ground he is standing on takes up the bottom third of the image.

Look at the layout of this shot and the message it conveys. Justin is moving forward on a path. He is passing a milestone beside the path. He can’t see what is around the corner. It’s foreshadowing and it’s beautiful!

It was definitely done by a professional with experience and training. In addition to a beautiful message, the mile marker is on the rule of thirds. The “thirds” line passes right between Justin and the milestone so the viewer’s eye is drawn to that area of the screen and then the eye is led forward along the path. The lamp post isn’t a focal point of the picture, but it is also laid out according to the rule of thirds and helps frame the composition. Well done!

This video gives the appearance of being a casual recording that someone took on their phone at cross country practice. Dissecting some of the design elements makes it clear that this was carefully planned. There is even a shot with the folder as the focal point. A few frames later, text lets us know that that folder is holding the contract Nike will give to Justin.